March Board of Directors Meeting:  A Board of Directors’ meeting was held on Wednesday 17th March, 2021 via video conference. A Conflict-of-Interest Policy for Board Directors was adopted and will be inserted in the Policy and Procedures Manual.  An Information Management Policy was adopted that will assist State Publicity Officers by clearly defining the roles of monthly information bulletins and state newsletters. The policy provides guidance to state committees as to how material for state newsletters  is to be selected to avoid any suggestion of favouritism.  This policy will be included in the State Structures and Procedures document.

Newcomer Scheme: The decision was made at the Board meeting to standardise the Riding Pony Newcomer Scheme across Australia from January 1st, 2022.  The 2020 – 2021 newcomer seasons in Queensland and Western Australia have been extended to 31st December, 2021.

From 1st January 2022, the RPSBS Ltd. Newcomer season in all states will be from January 1 to December 31.  The newcomer fee will be same in all states and will be determined annually by the RPSBS Ltd. Board of Directors.  Statuary declarations will no longer be required as a declaration will be incorporated into the entry.  Full details will be provided later.

All financial Victorian members with voting rights were emailed instructions on how to vote on 1st April, 2021.  Voting is from April 1 to April 14.  Any financial Victorian member with voting rights should have received a voter ID and password by email on April 1.  Please email the Board secretary at secretary@rpsbs.com.au if you failed to receive the email.  (Please check your junk mail first)

South Australia:  2 vacancies and no nominations were received.

Western Australia:  3 vacancies and 1 valid nomination was received from Marlene Kinder who re-joins the committee.

Congratulations and many thanks from all RPSBS members to all the successful applicants for volunteering your services.

From the National Office

For all registration and membership inquiries email: registrar@rpsbs.com.au .

All information, forms and fees are available at  www.rpsbs.com.au.  The web site is an up-to-date comprehensive source of information and forms.

For communications to the Board of Directors email: secretary@rpsbs.com.au.

Transfer applications MUST BE POSTED to the National Office WITH THE REGISTRATION PAPERS.

When emailing paperwork please do not embed a photo in the email but attach it as a file. and another reminder to not Direct Deposit monies into the Society’s account until you email or post the paperwork.

Remember the exhibitor, rider and handler all need to be current members to compete.

Notice to our Victorian Members that our AGM will be on Saturday 22nd May at the Werribee RSL, Synnot Street, Werribee. More information  to follow.

We are running classes at two foal shows this year.

Our last show of the season was the Summer Festival held in conjunction with Barastoc HOTY. Our Supremes were as follows; 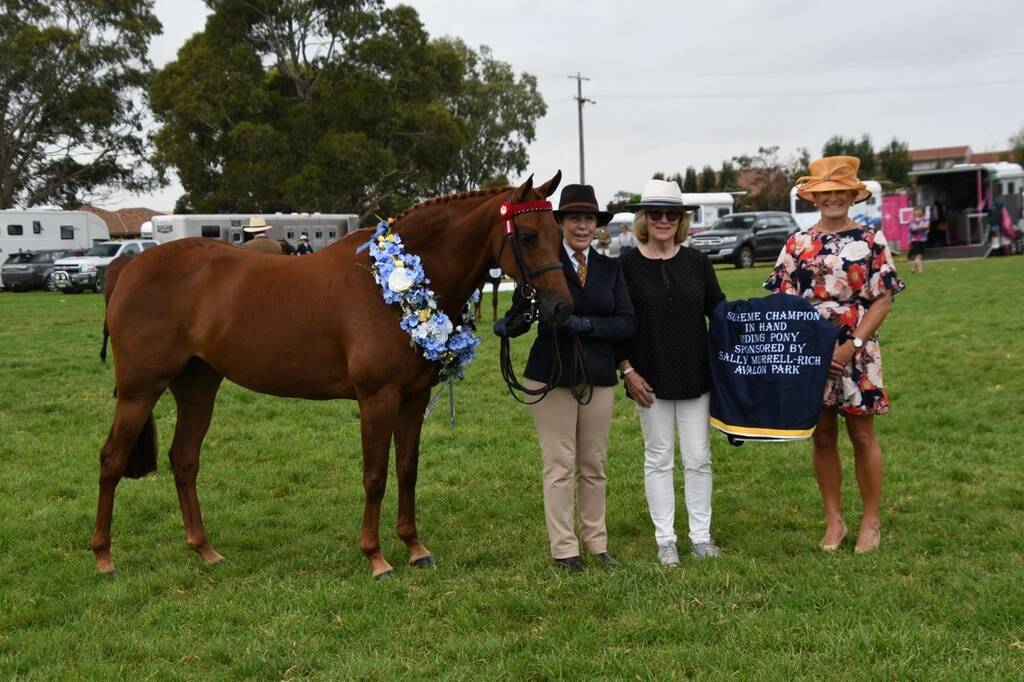 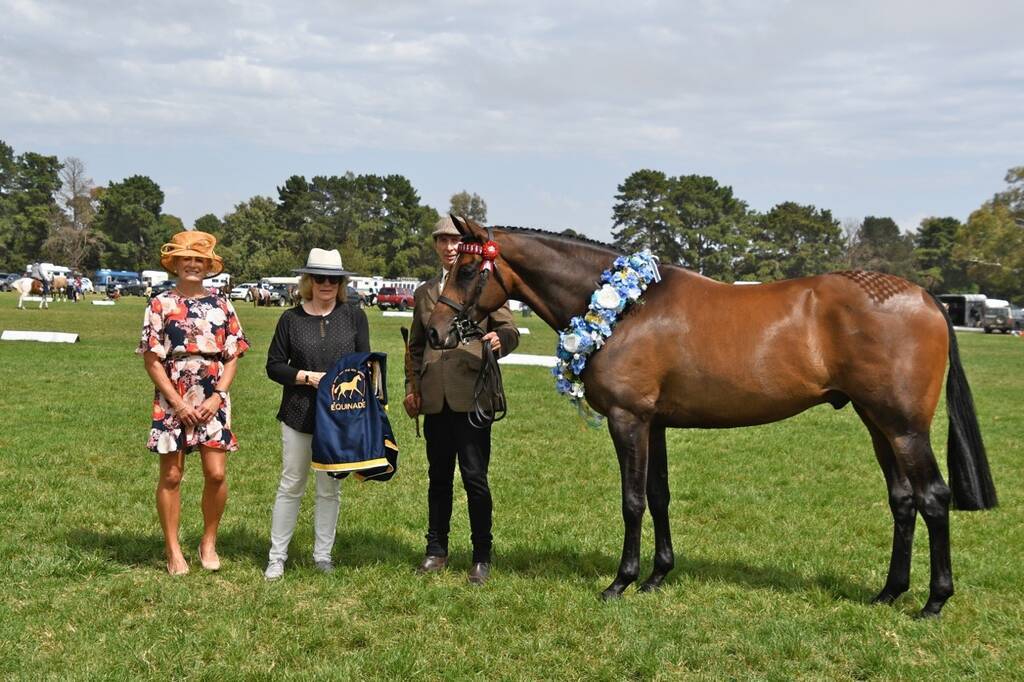 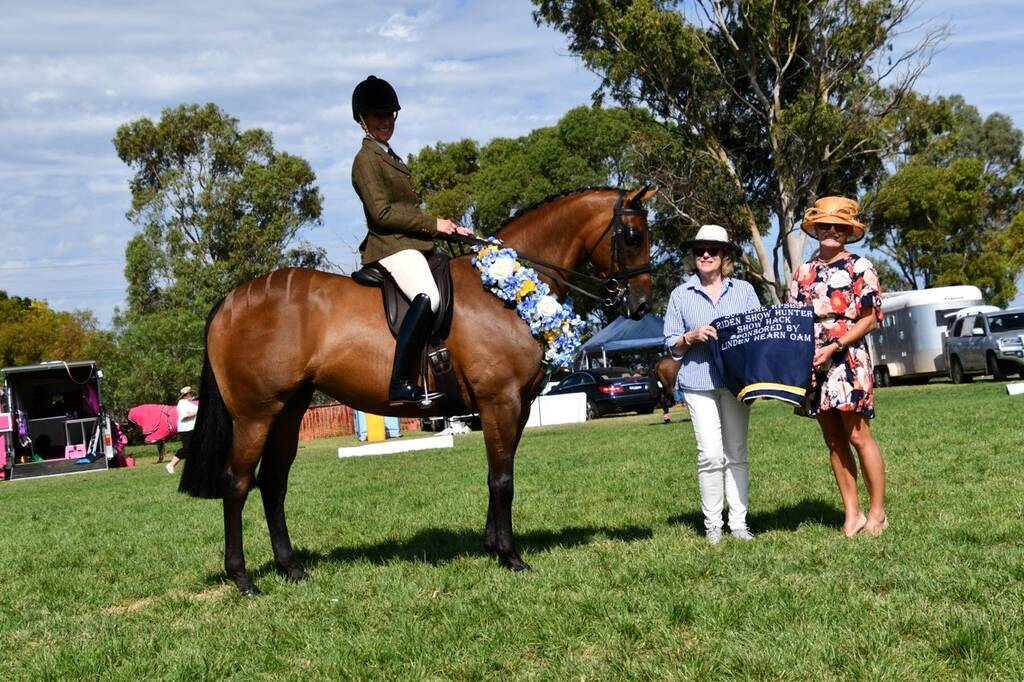 Thank you also to Sandi Pearce of Cantik Park for sponsoring our Champion In Hand Senior Show Pony won by our eventual supreme Highgrove In Your Dreams who was also the winner of the Barastoc Supreme in Hand.We are always grateful to our sponsors and welcome new supporters so please feel free to contact us.

New South Wales has been able to continue showing throughout the Summer months and it has been great to have some normality.

The Committee has put together another opportunity for Riding Ponies to get out and about in the form of a specialty Riding Pony ring at the upcoming Minto Show.Date is Sunday 14 March, with our ring having a staggered start once bulk of Minto classes are complete. Two Shows in one day at one venue!!! Entries are via Nominate under the “Minto Show” and will include youngstock through to Overheights.  A fabulous time to get all the ponies out before Sydney Royal whilst they are in beautiful coat. Our judge on the day is Mr Greg Shepherd, and we thank him for volunteering his day for us.  It is hoped that members will support this initiative of the committee and come along.

Best wishes to members who are competing at the forthcoming Southern Cross Showhorse Spectacular and Grand National! Enjoy your lovely animals and enjoy seeing friends once again.

Shows and events are up and running again in Qld, and the calendar is filling up with hack shows and ag shows giving out competitors plenty to do.

The RPSBS Qld Committee will run the annual State Show on 14 March 2021 at Burpengary Equestrian Centre 350 Rowley Rd., Burpengary starting at 8:00am.

The Newcomer Sweepstakes finals will be held for Show, Show Hunter and Overheights that hold 2019/20

While entries for these events are closed  Sponsorships is still being taken and would be greatly appreciated. If you have entered why not come along and have a look at some of the lovely horses on show

Stay tuned to the Qld RPSBS website and Facebook for updates and news on what’s happening in Qld. 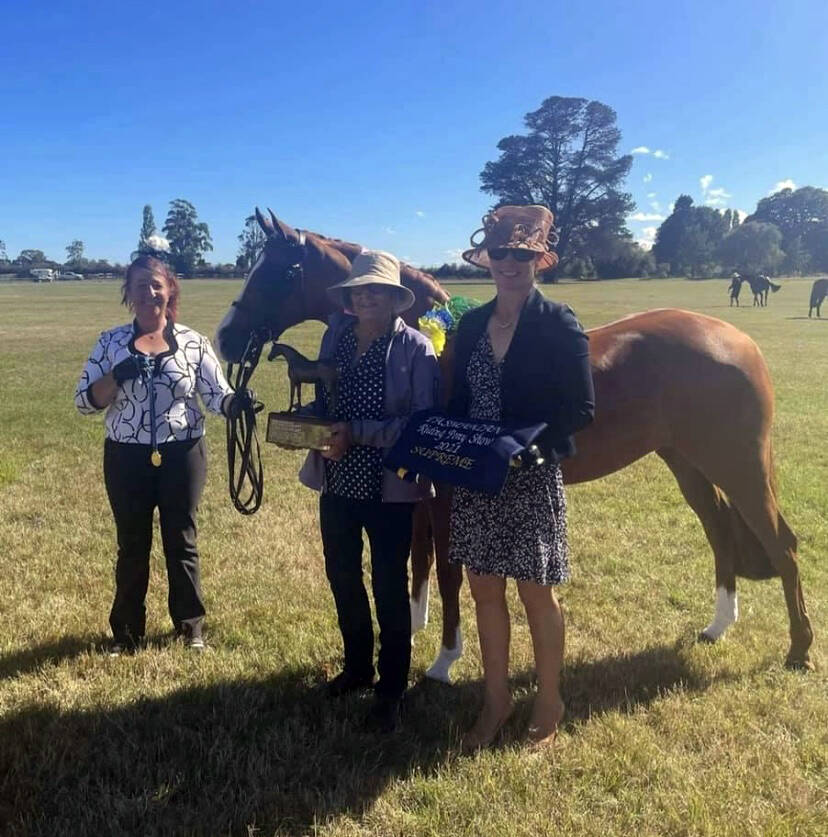 The Tasmanian Riding Pony Show was held on Saturday 13th February. The judge in attendance was Bernadette Warren. The RPSBS of Tasmania would like to congratulate all members who attended the show. Some of the major award winners were as follows;

Thank you to all members who came and supported the show. 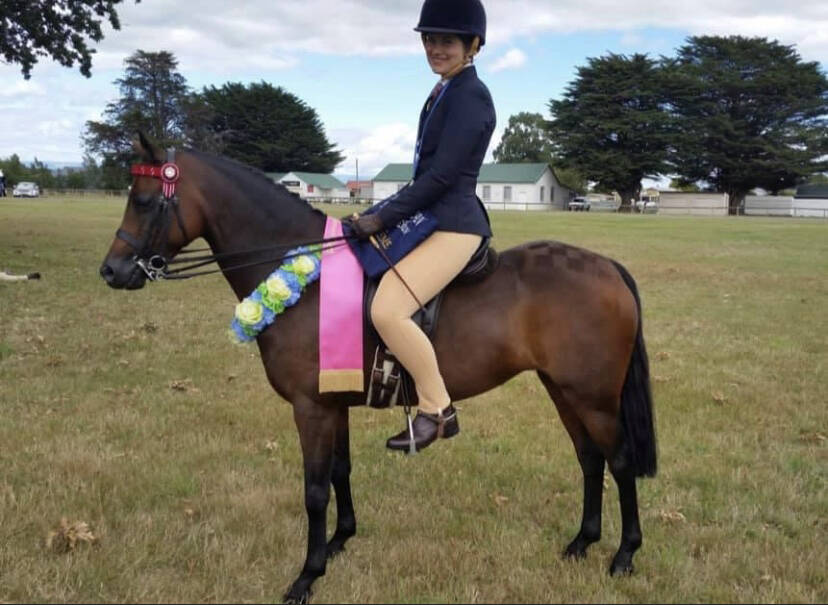 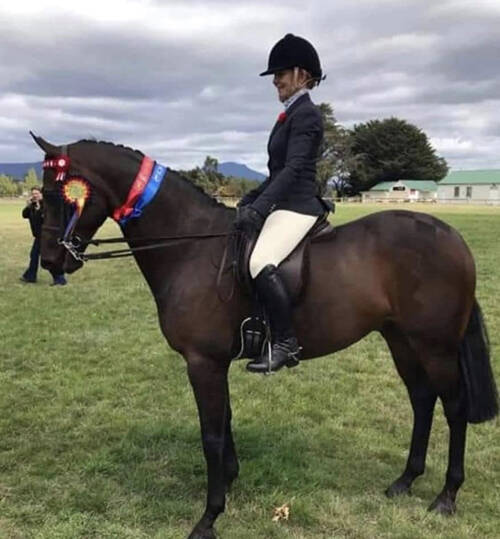 The Tasmanian Riding Pony Committee acknowledge the recent passing of Penny Woods. The committee, alongside all members, offer our heartfelt sympathy and condolences to the family and friends of Penny.

Penny was an outstanding and successful competitor and was always there to help anyone out. Her smile, kind words and support never went unnoticed.

She will be greatly missed.